Oh, Jen, you broke our heart.  Not because you were eliminated from Top Chef: All-Stars on just the second episode, but because of the way you went out: bitter, rude, disrespectful.  Now, Jen, don’t get us wrong, we love your feistiness, your spunk, your proclivity for profanity.  There’s very little we enjoy more than a tough broad.  And we were delighted that you returned for All-Stars with a renewed determination and confidence, after showing some mental weakness during your first go ’round in Vegas.  But Padma Lakshmi is in a Carl’s Jr. commercial, so when you’re in front of the judge’s table you better show her some respect.  Be a bitch, just be a classy bitch.  Like Jackie O.  Or Bea Arthur.

Looks like the path is even clearer for Professor Ricky Blaise.

(welcome to the start of a new somewhat daily feature where we’ll create a post based on our most popular search terms.  Today’s terms: “Lost Jack beard”)

‘Survivor Nicaragua’: Use Your Words 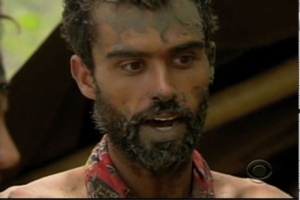 Allllllllllright, alright, the penultimate episode of Survivor: Nicaragua is nearly here, so let’s quickly look back at last week’s show.

First off, Benry proved to us, once and for all, that he’s a douche.  Completely against our better judgement, we’ve been developing an affinity for Benry over the last few weeks, mostly because he was aligned with our current favorite Fabio, as well as with Dan, who’s won us over despite being physically incapacitated.  Also, compared to the sorry group of players left in stock – Sash, Jane, Holly, Chase – Benry looked great by comparison.  The lesser of several evils.  However, by so easily agreeing to sell out Fabio for his own advancement (in a move that would have only gotten him one, maybe two Tribal Councils further), Benry proved who he really is.  A club promoter.  Yes, he was honest about that from the start, so shame on us for even giving him the benefit of the doubt.  But, to reiterate: DOUCHE.

END_OF_DOCUMENT_TOKEN_TO_BE_REPLACED

Just discovered that Season 1 of Fifteen is available on iTunes (and has been for some time, apparently)!

Expect a Jumped the Snark Nostalgia Corner look back to come your way soon.

Ryan Reynolds is back on the market!

Not terribly surprising.  You could totally feel the tension between him and Scarlett Johansson here:

Maybe he’ll reconcile with Alanis.  That always seemed like a better match to us.  They can talk about being Canadian.  And about being on Nickelodeon shows as young teenagers.  And other topics reflective of a higher level of conversation in general, we’d imagine.

UPDATE: US Weekly reports that Reynolds has been “seeking comfort” with an ex.  Now who could that be???

Tagged as Alanis Morissette, Canada, Fifteen, Nickelodeon, Ryan Reynolds, Scarlett Johansson, US Weekly, You Can't Do That On Television