Beloved author, screenwriter and New Yorker Nora Ephron passed away suddenly nearly two weeks ago, and we wouldn’t be doing our job here at Jumped the Snark if we didn’t report on it nearly two weeks later.  Like with a lot of celebrities and significant figures who left us this year – Richard Dawson excluded – we didn’t have the same deep personal relation to or affection for Nora Ephron that many others did (and still do).  Did we respect and appreciate her work?  Surely.  But did we harbor a rapturous devotion to her romantic comedies?  Not quite.  When we think of Nora Ephron, we think of You’ve Got Mail.  And when we think of You’ve Got Mail, we inevitably think of this scene from Undeclared, when a warm-keg-beer-filled Seth Rogen declares his love for the film.

And this soliloquy can perhaps be applied to Nora Ephron’s body of work, at the least to her film career.  Later in life she became synonymous with “romantic comedies” which became synonymous with “rom-coms” which itself became synonymous with “melodramatic, insulting, mindless treacle,” which is not quite an appropriate usage of the transitive property.  Yes, some – maybe even most – rom-coms are uninspired and vapid forms of low art designed to appeal to a specific demographic and not necessarily to be good, but not all rectangles are squares, and not all rom-coms are “typical American tripe.”  Like with You’ve Got Mail, you may think you’re better than Nora Ephron, but you’re not.

Coincidentally, we just this afternoon read New York magazine’s tribute of sorts to Ephron, a reprinting of her inaugural “Women” column, and we found her writing witty, confident, fun, and, much like Greg Kinnear in You’ve Got Mail, very likable.

We Guess God IS a Celtics Fan*

If Jesus is plotting against the Knicks, then they really have no shot.

*Actually, the headline is a reference to the character that Ray Allen played in He Got Game, the Spike Lee joint from THIRTEEN YEARS AGO.  Timely reference, Metro!  What’s next? A vague allusion to Celtic Pride?

Happy 2nd Birthday to Us!

It feels like it was just twenty-four short months ago that we launched this blog, but it’s actually been two full years.  Can you believe it?  When we started this thing, selling our comic book collection, maxing out our credit cards, and practically begging for help from all our friends at the convenience store, we were just hoping to break even.  Post a few Office commentaries, make our buddies laugh, maybe get a few dozen page views and call it a day.  Little did we know that years later we’d still be here, attracting 3,000 readers a day*.  We’ve come a long way, baby.

So, in honor of our 2nd birthday, we thought we’d look back at some of our favorite Jumped the Snark banners, a little walk down JtS memory lane.

END_OF_DOCUMENT_TOKEN_TO_BE_REPLACED

Filed under Count Bleh, Judd Apatow, Lady Holiday, We'll Get It In Post

Gratuitous Search Term Bait of the Day: You’ve Got Jumped the Snark

The bulk of our daily search terms continue to be Survivor: Redemption Island related – Phillip, Survivor Phillip, Former Federal Agent Phillip, Kristina boobs – so we’re going to work with the odd man out in the group, “jumped the snark.”  And we’ve previously established that when our search term is “jumped the snark” it’s a wild-card day, we can post anything our little R2D2 Mr. Potato Head heart desires.  And our little R2D2 Mr. Potato Head once again desires to honor the work of Judd Apatow.

This past weekend brought us the long-awaited Freaks and Geeks and Undeclared reunions at Los Angeles’ Paley Center (which you can read much more about here).  It’s truly amazing to see these kids grown up, truly amazing that they’ve almost all gone on to successful careers as adults, and perhaps most truly amazing of all is that none of them have developed a serious drug problem (excluding an apparent affinity for the wacky tobaccky).  We frequently mention Freaks and Geeks on this blog, so we’re going to shine the spotlight on Undeclared this time around.

We feel the same way.

Pleased and a little puzzled by today’s search term “”jenna fischer.””  Pleased because we think she’s just terrific, the modern-day Kelly Kapowski.  And puzzled because the term appears with the quotation marks (hence the extra set above).  We guess those out there in web-land just wanted to make sure they didn’t wind up with Jenna Elfman or Carrie Fischer.  Fortunately, on this blog that’s very unlikely (well, much more likely now).

We’ve sung Fischer’s praises for years for her portrayal of the loveable, dorky Pam Beesley on The Office.  And we’re thrilled that she’s gotten her first big movie role , as Owen Wilson’s understanding spouse in Hall Pass (unless you count her part in Walk Hard. Which we’re not).  But tonight we’re going to highlight one of her lesser known early performances, one that significantly enhanced her position on the Judd Apatow Chart.  We’re talking about her somewhat scandalous turn on Apatow’s Undeclared, a saucier side of Fischer we’re not used to seeing:

And while that was her most memorable appearance on the show it wasn’t her first, as she actually appears briefly in the pilot episode.  Talk about starting off on the right foot.

One time about five years ago our friend texted us “Jenna Fischer on Undeclared. Ha.”  To this day it’s still one of our most cherished texts.

Parting Shot: Rough on the Diamond

“Meeting on the mound.  Very cool.”

Well, maybe not exactly.  It’s possible he still hasn’t seen it.  Or maybe just took a cursory glance.  But he definitely saw our Tweet from last night, linking to the Judd Apatow Chart in commemoration of the Blu-Ray release of The Cable Guy.  How do we know he saw it?  Because he retweeted it:

We did it guys!  Nearly two years later, we finally got through.  Now we can say this blog was not created in vain.

So, Judd, thank you so much for taking the time to click “retweet.”  We know that sounds sarcastic, but we certainly don’t mean it that way.  Just the fact that you paused for a second to acknowledge our work gives us renewed inspiration.  So to all you new Jumped the Snark readers, brought here by Apatow’s retweet, welcome and get ready.  We could retire now and be satisfied, but we’re not going to stop here.  Hate to break it to you, every out there, but now we’re emboldened to do even more.

And, why not, let’s end this with a little Gordon Crisp.  Possibly our favorite three seconds of all-time. 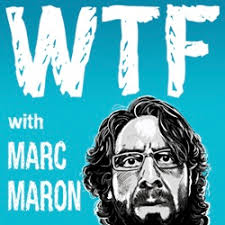 ‘Bridesmaids’ Trailer: Let the Debate About Whether Or Not This Is the First Truly Funny Film For Women By Women Begin

What we do know is that Bridesmaids looks really good.  We’ve made no secret of generally abhorring Kristen Wiig’s characters on SNL (in fact, we’d have to say our favorite Wiig character is the one she plays during the goodnights), but she’s been terrific in movies so far (stole her scenes in Knocked Up, was great in Adventureland and was arguably the best part of MacGruber), is phenomenally talented, and not unkind on the eyes.  We’ve also been saying for some time now that it’s time for her to make the permanent jump to the big screen, and it looks like Bridesmaids is going to accelerate the process.  Although this is an ensemble, Wiig co-wrote the film and is the star, so if the flick is a hit we might be looking at Hollywood’s newest female star, one of the few women capable of carrying a comedy on her lithe shoulders.

Also, judging from the trailer, it seems like this could be Melissa McCarthy’s breakout role, getting many of the best, most outrageous lines.  Looks like we might have to go back and revise her entry in our Jenny McCarthy Show post!

Oh, and this movie just means more work for the Judd Apatow chart.