Back From Break: Did ‘Entertainment Weekly’ Rip-Off Our ‘Survivor’ Recap?

We’re a little slow getting to this because we were out-of-town, but during our hiatus we couldn’t help but notice the title of an Entertainment Weekly Survivor:ONE WORLD! recap that was curiously similar to one of our own.   Take a look. 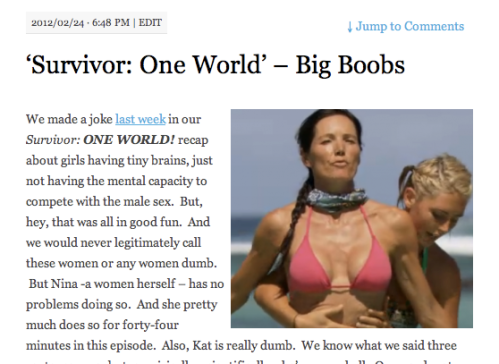 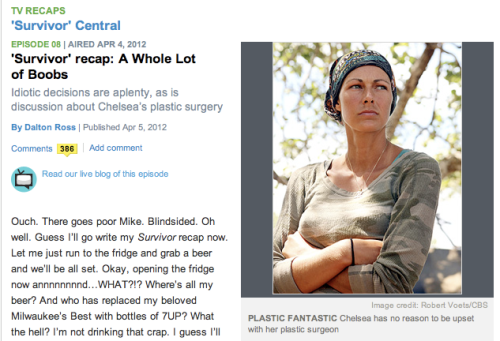 Notice that our recap went up at the end of April, analyzing the second episode of the season, whereas the EW headline appeared just a couple of weeks ago, covering one of the episodes that we missed.  Now, we’re big fans of Dalton Ross and his recaps – in fact, we might even say that he’s an inspiration – but you can’t argue with the facts here.  Not only did they use a very similar title, they utilized “boobs” double meaning, as both a literal reference to cleavage and as a playful description of the questionable decisions made by the tribe members.  It’s pretty clear-cut.

But, hey, you decide.