First off, if there’s one thing that Jeff Probst hates, it’s quitters.  The man just has no tolerance for Survivor competitors who travel all the way to a remote island or exotic locale, endure the worst possible conditions they will ever experience, and then quit when the end is in sight.  Especially when those spineless deserters take away a perfectly good shot at a million dollars from hungrier, more deserving players on the jury (or armchair survivors at home).  Jeff HATES that.

Which is why it was so surprising, and so frustrating, that Probst gave NaOnka and Purple Kelly multiple chances to reconsider and stay in the game.  Jeff, if they want to go, let them walk.  Benry and Fabio understood; if NaOnka and Kelly want to get up and walk out and in turn improve that male twosome’s chances then so be it.  Don’t stand in the girls’ way, Jeff.  As far as we were considered, when Purple Kelly and NaOnka announced their intentions to leave following the Reward Challenge Jeff should have stripped them of their buffs right then and there.  But that didn’t happen.  And to instead allow NaOnka to not only stay in the game but also attend the reward was just insulting, infuriating.

1. It’s not even like the reward challenge, an advanced screening of Gulliver’s Travels complemented by classic movie snacks (of which include nachos, evidently), was a particularly exciting, or unique, opportunity.  The situation might have been different if the prize was one of the previous rewards from this season like zip-lining through the Nicaraguan rainforest or surfing down an active volcano, or some other once in a lifetime adventure like swimming with dolphins or snorkeling with porpoises or enjoying an authentic Nicaraguan feast prepared by locals and accompanied by traditional music and dance.  ANYTHING like that would have been more preferable to NaOnka selling out her fellow Survivors for hot dogs and a mediocre Jack Black movie (even if Chase really seemed to like the flick.  Something tells us he’s not too hard to please (also, how is it they managed to get high before the movie?)).  Listen, NaOnka, we’ve been watching the Ponderosa videos and, trust us, once you leave the game it’ll be day after day of all-you-can-eat-buffet.  But we hope Gulliver’s Travels and Goobers were worth losing whatever respect anyone else left had for you (which was, shockingly, a considerable amount; but you obviously didn’t care anyway), and we know it doesn’t bother you that Holly sacrificed her spot at movie night so Libertad could secure a new tarp and a fresh supply of rice (kudos to Holly for taking the bullet, and for realizing that once the game is over she’ll have plenty of time for hot dogs.  And a million dollars can buy plenty of frankfurters (although, not with those movie theater prices.  Have you been to the theater lately???  You have to take out a loan just to afford large popcorn.  It’s like “C’mon, AMC!  Are we right, guys?).

2.  After Jon Stewart’s Rally to Restore Sanity we tried to take his pleas for mercy and respect to heart, even if that message was aimed specifically at the 24/7 news cycle.  But we just can’t old our tongue when it comes to NaOnka.  We understand that she possesses the maturity of a seven year old, that’s no excuse.  She’s a grown woman, and just because she’s from South Central doesn’t give her permission to be a selfish, disrespectful, rude, deluded, abrasive, horrible, horrible person.  Of all the seasons of Survivor from these last ten years we’re hard pressed to think of anyone more insipid, more loathsome than NaOnka.  And what even makes her presence in the game more depressing is that the other Survivors never wised up and sent her packing.  The fact that she gets to go out her own terms is a final indignity for the viewer.]

Our frustration lies not only with Jeff, but, surprisingly, with Jimmy Johnson, as it was Jimmy’s pep talk to Holly that persuaded her to stay in the game on day five, and in turn provided her the opportunity to encourage Purple Kelly to stick it out.  For a second there, we thought it was going to work.  But that would be giving Purple Kelly too much credit.  We shouldn’t have expected so much from someone who only remained in the game not because of her physical abilities or strategic acumen or glowing personality or extensive vocabulary, but because she had a beating heart, a perfectly pleasant disposition and a functioning writing hand.  So, thankfully, we can preserve our pride in Jimmy J for being a world class motivator, but without having to blame him for Purple Kelly’s continued presence in the game (and, to be fair, Holly was the victim of a momentary mental breakdown, whereas Purple Kelly just isn’t build for this kind of experience).

Which brings us to Dan.  DAN!  While the much younger, and able-bodied, NaOnka and Purple Kelly submitted to the elements, Dan keeps hobbling along (and it’s probably even more difficult for him, as he can’t find warmth by jogging in place, or doing jumping jacks, or engaging anything physical).  We still believe that Dan has no place in the game, and his spot probably should have gone to someone more capable in the first place, but we have to commend his perseverance up to this point.  For a guy who’s used to $1200 shoes and Porsches, he’s acquitting himself well.  And, at this point, we’re pulling for a final three Fabio, Benry and Dan.  Oh, and Dan is Lilly Tomlin!!!! 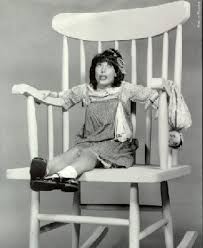 And, due to time and technical constraints, that brings us to our A-B-C of the week.  There were two great options, both representing the seamier elements of Survivor that were on display in this episode.  Taking into account all the Gulliver’s Travels product placement we very nearly chose “Always Be a Commercial,” because, really, this was like a 44-minute ad for the Jack Black vehicle.  But since we focused on Probst’s particularly talkative nature last week, we’ll award the A-B-C phrase this time to something more relevant to the game, that being:

As both NaOnka and Purple Kelly stated they were with their decision to leave the game.  Wethinks Kelly would have toughed it out, but NaOnka made quitting okay.  So, instead, they both had their torches “smuffed.”  Hope they can be content when Jane or Holly walk away with a million dollars, and they’ll have nothing but the memory of trading in their chance at the money for brownies.  Actually, no, we hope they are not content with that.  We hope they’re heartbroken, depressed and embarrassed.  But something tells us that won’t happen.

And now, to close this out, Purple Kelly’s classic catchphrase: