Gratuitious Search Term Bait of the Day: By George, We Think They Got It 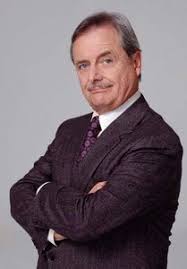 A rather odd search term today, part of which we understand, part of which we’re not so sure about, as one of today’s top phrases was “jason feeny.”  Certainly, we could see why someone would end up on this site by searching for Feeny, as Boy Meets World’s Mr. Feeny (as portrayed by the esteemed William Daniels) is one of our all-time favorites, someone whom we should write about more.  We’re thrilled if this is where searching for “feeny” takes you.  And we cite the name “Jason’ at least once a week, thanks to our preferred SNL cast member, Mr. Jason Sudeikis.  But “Jason Feeny?”  We don’t know who that is.  So since you get enough Sudeikis on this site (for example, earlier today, for no reason at all), we’re going to devote this post to the distinguished, debonair,  George Hamilton Feeny.

In a post we hope to craft soon we’re going to argue that the shows that comprised TGIF (Family Matters, Full House, Perfect Strangers) weren’t entirely terrible.  They certainly had their deficiencies, and no one would confuse them with truly smart, groundbreaking television.  But they had their time and their place, and we’re important shows of their era.  However, the cream of the crop from that block was Boy Meets World, which joined the TGIF line-up in 1993.  In fact, it’s probably the only real quality show from that group by most criteria, and while we would accept a case that Full House and Family Matters were lackluster sitcoms, we’ll go to our graves defending Boy Meets World.

Lasting seven seasons, just barely making it to the new millennium, the show (through a few time jumps) followed Cory Matthews from elementary school to college, often reinventing itself in the process.  Over its run the show featured new characters and locations, and even a change in comic sensibilities and personalities, but the one constant was Mr. Feeny.   He started as school teacher to Corey, his brother Eric, his longtime love Topanga and best friend Shawn, then became their principal and finally their professor.  But through it all he was their mentor, their guide, dispensing equal parts wisdom and tough love.  So it was fitting then that the series ended with those children, now grown, thanking Mr. Feeny for teaching them, for caring about them, and for shaping them into who they are.

And for fun, and edification, here’s two more from the Feeny archives:

In many ways Mr. Feeny not only taught those kids, but he taught us too.  So, Mr. Feeny, after all these years we owe you a well-deserved thank you.