Or so it would seem. 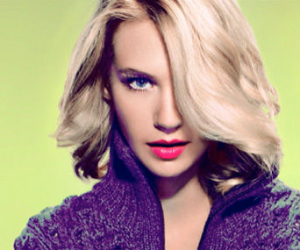 The reaction to last week’s Taylor Swift SNL was overwhelmingly positive, with most critics/bloggers declaring it the best episode of the (mediocre) season.  While I think it was one of the stronger episodes of the season, I’m not quite sure it was the best (I’d probably have to hand that distinction to the Gerard Butler outing, in which Butler was more polished and comfortable than Swift), but certainly it’s possible to make the argument for its season supremacy.  But boy, how quickly things change.  After the buzzed about Swift edition SNL returned  this weekend with Mad Men‘s January Jones as host, and if the blogosphere is to believed it was the worst episode in the history of Saturday Night Live, featuring the most ill-prepared host in 35 years of the show.  Well, yes, it was bad, but we’re hyperbolizing just a little bit.  If anything, saying that the new episode was that bad gives too much credit to other dreadful performances from this season (basically all but Butler and Swift), and certainly episodes from past seasons (ahem, Michael Phelps).  So to get all riled up about a single terrible episode of SNL is about as useless as getting giddy about an excellent episode of SNL, because, no matter what, the show is coming back next week, sometimes it’s going to be inconceivably bad, sometimes surprisingly brilliant, and mostly very average.  That’s why teachers invented the bell curve, to bring the extremes back down to earth.  So, by all means, complain about the episode, as it was lazy, sloppy and just generally unfunny.  But, remember, they have and will do worse.

With that, it’s not worth doing a rundown of the highlights, as there weren’t that many, but a few thoughts:

1) Time Management: It seems that, perhaps, the creative staff wore themselves out putting together the Taylor Swift episode.  After a two-week break, they returned with last week’s episode and the rest seemed to be beneficial.  Clearly though, if the rest resulted in stronger writing last week, then a lack of energy this week translated into poor results.  In addition, even though the show was mostly unremarkable, I was struck by the fact that the Black Eyed Peas were given three performances.  Certainly, the group is huge around the world, but three performances are usually only granted for superstars like U2.  One has to wonder then if because of the dearth of quality material they ceded the last few minutes of the show to “Boom Boom Pow,” a song the Peas performed on American Idol way back in May.  But if you want to argue that Black Eyed Peas are popular enough to warrant a third performance, okay, fine.  What was also notable, however, was that the Digital Short was sandwiched between two commercial breaks.  Usually the Digital Short comes immediately after a sketch, sometime before Update, as it’s typically shorter than a regular sketch.  The fact that it was a stand-alone act this week makes us think that they were really trying to stretch what they had, however mediocre it might have been (and, indeed, this week’s short, featuring Fred Armisen walking in on an-on the toilet Andy Samberg in various locations was not one of their stronger offerings).  I haven’t crunched the numbers to see if there was actually less sketch content than usual, but it certainly seemed they were getting by on the bare minimum.

2. January Jones:  Truth be told, I was happy that she fared so poorly, because I utterly abhor her character on Mad Men (if I were to write a post on Mad Men, it would be about how they could kill off or otherwise remove Betty Draper and I would not miss her one bit).  Many people praise Jones for her emotionless portrayal of a conflicted 1960s woman imprisoned by societies’ constraints, but I find her performance to be wooden, one-note and boring, and I felt some vindication in her stilted, rote, cue-card dependent turn on SNL.  However, I don’t think she was an utter disaster, and even though she’s getting hammered for breaking in a couple sketches I thought that her giggles at least showed she has a sense of humor, not completely dead on the inside like Betty.  Will she be asked back?  Highly unlikely.  Did she handle hosting duties as well as co-star John Hamm last year?  Certainly not.  Will this kill her career?  Probably not.  Do I feel guilty about hoping she would fail?  Unfortunately, yes.  Her performance also raises the SNL chicken and the egg question: does a good host elicit good material, or does good material elicit a good host?  Did Jones fail because she was given second-rate sketches, or did the sketches fail because Jones was a second-rate host?  Likely, almost certainly, a combination of two, but it’s an interesting question to ponder.

3. No Mad Men parody:  Continuing on the January Jones-John Hamm thought train, I was surprised they didn’t offer a Mad Men parody, as they did last season with Hamm and Two A-Holes at a Pitch Meeting.  They did reference the show in the monologue, but that was more of a joke on the show’s fans (Mad Mennies) than a play on the show itself.  However, they did prepare A Ladies Guide to Party Planning, a 60s style instructional film which was basically narrated by Betty Draper, even if they didn’t identify her as such.  This short could also be seen as a corollary to the other Mad Men piece in Hamm’s episode, the superior “Don Draper’s Guide to Picking Up Women.”

4. Jenny Slate and “The Today Show”:  As Alan Sepinwall noted on his blog, it was a bit jarring to see Slate fill Michaela Watkins’ shoes as Hoda Kotb in the fourth hour spoof.  However, I don’t agree that it was wrong or uncommon to have another actor step into the role (he writes, “I feel oddly put out by what they did here”).  Certainly, the show has marched on after cast members have left, recasting characters from ranging presidents to Larry King to Barbara Walters (as Nasim Pedrad replaced Watkins in this role last week) to game show host Bert Convy (seriously, 3 different portrayals).

However, what was more notable to me was that Slate seemed a bit over-matched against Wiig, perhaps a bit out of her element.  Maybe that how she was playing Hoda, which would faithfully mimic the actual Hoda-Kathie Lee relationship; except that with Watkins in the role it was apparent that it was the character who could not compete with Kathie Lee, and not the actor who could not compete with Wiig.  However, as I noted in a prior analysis, this is part of the reason Watkins was let go; she was a strong, developed presence, who was able to step right in and go toe to toe with veteran talents like Wiig.  Yet, with Wiig’s career burgeoning one can’t imagine she’ll be on SNL too much longer (and, honestly, for her sake, if she continues to be over-exposed on SNL the sooner she leaves the better), and the emphasis seems to be on building young talent who will remain with the show for years, like Slate, Pedrad and Abby Eliot.  This is not to say I defend the decision, just that there is some logic behind it.  That being said, I did have the good fortune to see Michaela Watkins in a live sketch show a couple weeks back and she was wonderful; I have also seen Jenny Slate perform live and find her to be a terrific talent.  And, to be fair, the “Today” sketches should have been put out to pasture a while ago, not because of Watkins’ absence but because they’re increasingly less funny (and they started out only at mildly funny).  So any Watkins vs. Slate conversation should be squashed, or at least tabled until we have a greater sample size.

5. Jason Sudeikis: If you haven’t figured it out yet, we’re unabashed Sudeikis enthusiasts here at Jumped the Snark, and once again he supplied the best moments of the night, and in this episode the only laugh out loud moments (for us).  “Cloud Gazing” offered a thin premise (Jones’ character has no imagination skills, and also holds no concept of popular culture beyond the mid 1980s) but, yet again, Sudeikis found a way to make it work, providing the only sketch from the show that I’m embedding for positive reasons:

Next week: Joseph Gordon Levitt, either promoting the release an indie film playing on a handful of screens (Uncertainty) or the DVD releases of GI Joe and 500 Days of Summer.  Or both.  I’m just hoping for some kind of 3rd Rock from the Sun parody.  I’m thinking that Bill Hader as John Lithgow would kill.