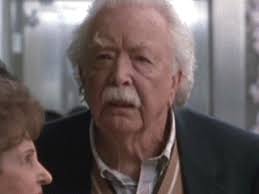 The Real Women of SNL: They are Fambily; Plus: a Totally Unnecesary Look Back at the History of Female Not Yet Ready for Primetime Players

Well, despite our reminder to you last week, we eagerly arrived home on Monday night only to be severely disappointed when we realized that we had neglected to set our DVR to record the Women of SNL special.  We had been looking forward to it ever since Jon Hamm delivered his goodbyes the day before, but the thought never occurred to us that our SNL season pass would not apply to the female-centric primetime special.  OUR BAD.

To add to our dismay, neither NBC.com nor Hulu is hosting the full special.  However, it appears that the only original material included a few one-on-one interviews and this excellent take on the Real Housewives (we’re going to go ahead and say they’re primarily targeting RH of NJ over the other installments, with Amy Poehler, Julia Louis-Dreyfus and Laraine Newman channeling the nascent RH of Beverly Hills via satellite).

END_OF_DOCUMENT_TOKEN_TO_BE_REPLACED

As we wind down before the Halloween weekend, we would be remiss if we didn’t remind you that, two nights after Jon Hamm graces the Studio 8H, SNL will return with returning female alumni for the Women of SNL.  The primetime special will include old sketches as well as new material with former cast members like Tina Fey, Amy Poehler, Molly Shannon, Nora Dunn and Cheri Oteri (while it’s clear there’s going to be retrospective interviews, we’re not sure if they will offer any original sketches).  As we mentioned when this was announced a few weeks back, Fey, Poehler, Shannon, Maya Rudolph, Rachel Dratch have appeared on the show frequently over the last couple seasons, so the special feels a little redundant, but we guess they deserve some specific recognition.

No word on appearances from Sarah Silverman, Janeane Garofalo or Laura Kightlinger

But if you’re in NYC on Monday night you should go to this show, as it will feature Atticus, the cutest dog in the world.  Ever.  You won’t regret it.

EW reports that the lady ghosts of Saturday Night Live past will reunite on November 1 for “The Women of SNL,” a two-hour prime time tribute to such greats as Siobhan Fallon and Melanie Hutsell.  But wait, didn’t they already do this in May?  And then again two weeks ago?  Well, I guess SNL has shown time and time again that it’s never heard the term “too much of a good thing,” nor the phrase “You brought back Amy Poehler, Tina Fey, Rachel Dratch and Maya Rudolph for the Betty White episode last season and then again in this season’s premiere.  Don’t you think that’s enough?”  But we also know the show has no reservations about repeating itself.

Let’s hope the show, which will be comprised of old sketches as well as new material, will include some of these classics, and nothing with Gilly or Penelope or anything else terrible.

But all kidding aside, where’s Jan Hooks on that Murderer’s Row-esqe lineup?  She was the best lady on there in the late 80s/early 90s and we’d love to see her go up against the youngins,  sort of like when Rocky fought Mason “The Line” Dixon.  And her appearances on 30 Rock weren’t enough to quench our Hooks-thirst, nor they did truly demonstrate her versatility.

END_OF_DOCUMENT_TOKEN_TO_BE_REPLACED

It was an up and down decade for Saturday Night Live, but then again it’s been an up and down 34 years for Saturday Night Live.  The show started gangbusters in 2000, taking advantage of the 2000 election and perhaps becoming more relevant than it had at any point during the previous decade (media and communication majors and political scientists will be analyzing SNL‘s Gore-Bush debates for years to come, studying how the show interpreted the real events and how the sketches then in turn affected the election).   Then the show kind of treaded water until the 2004 election when it once again made the best of the political fodder, although with the relatively benign John Kerry as a central character the political satire was not as entertaining or as incisive as 2000.  But With a mostly new cast then the beginning of the decade the show returned to prominence in 2008, most notably mining the comedy goldmine that was the renegade Sarah Palin.  However, although SNL’s strongest seasons were during the election years, the best sketches were scattered throughout the aughts, with a fair share of political material, but also crazy characters, inventive monologues, traditional bits and the now ubiquitous Digital Shorts.  Here, in a particular but not necessarily meaningful order is a very subjective list of the top ten (and then some) Saturday Night Live sketches of the decade that was.*

I wasn’t blogging when this Alec Baldwin episode aired in early 2006, but if I was I would have no doubt touted it as the best show in years, and I would have been in good company. It stood out as the most buzzworthy episode since the 2004 election, and its success was due in large part to Baldwin, who excelled in sketches like a new “The Tony Bennet Show,” “Platinum Lounge” (with Steve Martin) and a Valtrex commercial parody.  But the stand out sketch, for us, was “Carpool,” a duet with Kristen Wiig.  Sharing a ride to work seemed like a good idea, until each person continuously and unwittingly brings up a painful wound from the other’s past.  Simply, any sketch that can truly sell the line “Bobby McFerrin raped my grandmother,” deserves placement on a “best of” list.  It’s the best sketch in what might have been the best episode of the decade, and perhaps the premier episode among Baldwin’s 14 turns as host  (I guess because this sketch includes a brief cameo from a  Celine Dion tune it’s prohibited from being posted on Hulu.  Luckily, some random Russian site saved the day and has no such qualms about hosting a video that includes unlicensed music from the French-Canadian ice queen).