…Natalie Hershlag or נטלי הרשלג‎ or, as she’s more commonly known, Natalie Portman.  And, to be perfectly honest, we don’t really have any great Natalie Portman clips for you, but we have been watching a lot of Star Wars lately, so we’ll take the excuse to post probably our favorite scene from the prequels:

Anakin, my allegiance is to the republic.  TO DEMOCRACY!

…Michael Ian Black, or, as his birth certificate says, Michael Ian Schwartz.  Did you know he was Jewish?  Well, he is, all the way, and you can and should learn more about him on the latest, long-awaited, WTF Podcast.

Did you also know that he provided one of the lead voices on the extremely short-lived Frisky Dingo spin-off The Xtacles?   Well, he did, and you can hear him here:

…a classic Seinfeld clip.  We saw this episode a few weeks ago and were blown away by how it absolutely holds up, better than 99% of shows on TV today.  Sure, the laugh track is antiquated and the Hollywood facsimile of New York City is legitimately laughable, but the dialogue and the acting remain sheer brilliance.

It’s also amazing that a show that essentially centers on four Jews (depending on how you categorize Kramer) was at one-time the most popular sitcom in these United but Divided States.  It is not surprising, however, that it’s still considered one the greatest, if not the greatest, of all-time.

It’s All Downhill After Cookie Monster: The Rest of Jeff Bridges on ‘SNL’

Which isn’t to say that it was all bad.  It wasn’t.  It was a definite improvement over the previous three shows.

But that isn’t to say it was good either.  Very hit and miss, both between sketches and within sketches.  But for this show, at this point, average is above average, and we’ll take anything positive to close out SNL in 2010.

And what was positive, you ask?  Well you really can’t beat this, putting together our two probably favorite characters of the year, Gov. David Paterson and Stefon:

END_OF_DOCUMENT_TOKEN_TO_BE_REPLACED

Only one more night! 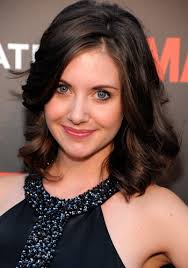 (if you thought we were above this, you were wrong)

…the pilot of Bridget Loves Bernie, in three parts!