Who would have thought that January 2011, eleven years after Sister, Sister signed off the air, would hold the biggest week in Tia Mowery’s career?  But if you thumbed through last week’s Entertainment Weekly that’s just what it looks like, as Mowery is mentioned twice (twice!) within four pages. And a photo too! 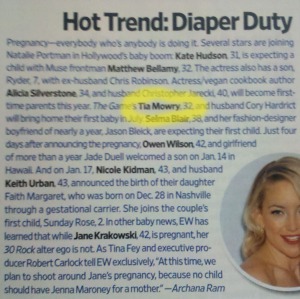 Ball’s in your court, Tamera Mowery.

Or, perhaps, your move, Jackée.