Okay, not quite (as far as we know, Fozzie is NOT holding out), but the word from Mr. Galifianakis himself is that he will be popping up in The Greatest Muppet Movie Ever Made.  This comes on the heels of the news that Rashida Jones, Amy Adams and Chris Cooper are joining the cast of the Jason Segel/Nicholas Stoller penned film.  Still waiting on Paul Rudd, but we can only imagine it’s only a matter of time.  And now that Galifiankis is on board, this opens up the whole Todd Phillips corner of the Judd Apatow Chart.  Will Ferrell, Owen Wilson, Tom Green, they are all now in play.

But, just in case Fozzie does decide to play same hardball, what do you think? 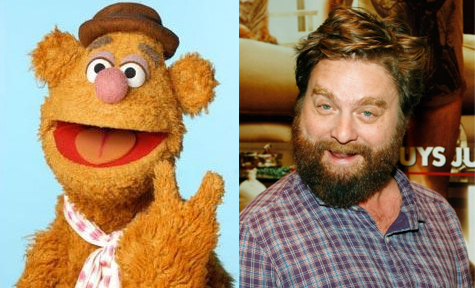