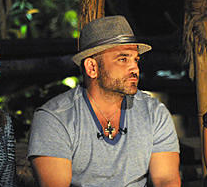 About 3/4 of the way through the Survivor finale I turned to my viewing companion and said “If Sandra wins it might just ruin the whole season for me.”  A season, that up to that point, had been arguably the greatest in Survivor history.  But he calmed my fears, assuring me she wouldn’t win, and I thought “yeah, you’re right she’s not winning.”  It was just a moment of weakness where I let a worst-case impossible scenario appear to be a viable outcome.  But I quickly blocked out that preposterous notion.

Well, the good news is that, three nights after the finale aired, I do not feel that the season was ruined by virtue of its final vote.  However, the bad news is my nightmare came true.  Sandra won.  For the 2nd time.  The castaway who has never won a single challenge won a second time.

NEVER WON A SINGLE CHALLENGE.  IN TWO SEASONS.  And this time around she didn’t win by being slightly less worthless than a glorified girl scout.  No, this time she beat out Russell and Parvati, arguably the greatest strategist and greatest social player of all time, respectively.  So what gives?  How could this possibly happen?

Well, obviously, as we have learned from Russell, there is takes more to win than just getting to the end.  You can bulldoze your way to the finals, but you can’t bully your way to the million.  His strong-arm tactics found no favor with the jury, even if the openly and brazenly controlled the game from the point in which he suckered Tyson into voting himself out.  Never before in the history of the game has someone ran the show with such a firm hand and for such a long duration.  But was this feat rewarded?  No?  His take no prisoners, scorched earth, fear mongering methods served to disqualify him in the eyes of the jury.  And on top of that, they found him crude, rude and unbearable.  And you know what?  I don’t really agree with that final vote criteria but I can understand it.  But, then, why not vote for Parvati?

Russell, even he will admit, lacks the social skills to ingratiate himself with his fellow Survivors.  But, Parvati, everyone else will admit, is a master at this.  And on top of that she was damn near dominant in challenges.  So why, then, did they hand to million to the least deserving finalist?

Well, for one, I think Parvati was guilty by her association with Russell and that may have cost her votes.

But beyond that, and more prominently, the jury members were bitter, plain and simple.  They had been outplayed and outwitted by Russel and Parvati the whole game.  Sandra?  She just had outlasted them.  That was something they could forgive, forget.  To the jury, Sandra was one of them, and they wanted to reward her for avoiding the guillotine, and for managing to escape elimination even though she’s an absolutely miserable physical player.

Russell erred because he thought that these players, the all-stars, the veterans, would especially understand and respect and ultimately reconcile his advance at all costs mentality.  Heck, even the season one jury awarded the million dollars to Richard Hatch, the original snake.  But Russell had it precisely wrong; the all-stars, with their inflated egos and greater self-awareness are acutely more sensitive than first-time players, and you can see in their jury questions that even in the end it’s all about them.  They all believe they’re the best, and each of their eliminations was a personal affront.  The jury in Samoa awarded the million to Natalie because they admired they way she rode his coattails.  The jury in All-Stars just wanted to award the million to someone other than Russell because they didn’t take kindly to being outplayed, especially by his aggressive style.  But the truth is everyone on that jury either voted with Russell at some point or would have if given the opportunity.  It was a jury of Ruperts, self-righteous second comings of jesuses.  But Russell was right, they’re really just dumbasses.

And as for Parvati,  I think they just didn’t want to give the pretty girl the million.

Which left Sandra.  Whose admitted sole goal was to get rid of Russel.  Which she failed at.  And then only won because she ended up in the final three with the most hated person left.  She ends up against anyone else and she probably loses.  Where’s the logic in that?

So what’s our final A-B-C phrase?  Well, our last “Always be children,” still works, and works well, but the finale calls for something new.  Sandra’s season long attitude, and especially her act of throwing Russel’s hat into the fire on the very last day, suggests another c-word, but this is a family blog.  “Always be cranky,” “always be crabby,” or “always be contemptuous” are certainly strong contenders to capture the attitude of the jury.  But, to sum up the final vote, and the season, we’ll go with another choice:

Because the jury wanted what Russell and Parvati had.  But used their power to deny them the ultimate victory.

And we were absolutely devastated when Sandra won.  Crushed.  But, of course, there was a hero to save the day, the one true hero.  From out the back came the man who really deserved the million (or the $100,000 from America), and he made everything alright.

And he was definitely pointing right at us.

Thanks, Tom.  You made it all worthwhile.

Here’s hoping that the twist in Nicaragua is that there will be a jury of one.  And that jury will be Tom Westman.