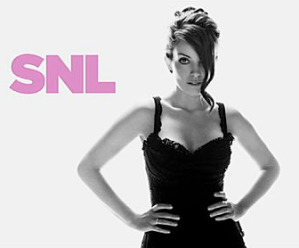 Unless you’ve been living under a rock you probably know that Tina Fey has a new movie out.  Between her appearances on Oprah, Live!, and Late Night (leaving behind a wake of Jamie Foxx-Oprah rumors and charades losses), she’s been pounding the pavement drumming up excitement for Date Night.  The last stop on the promotional tour was coming home to host SNL.  However, in a way, it has  seemed like her talk show visits have also been to build enthusiasm for her return to studio 8H.  The means were also the end.  And with tween phenomenon Justin Bieber rounding out the card as musical guest, this SNL, the first in a month,  was shaping up to be a special instance of a white-hot host meets a white-hot musical act.

Did the show live up to expectations?  I’d have to say no, especially after getting off to a slow start with a census-centered cold opening that probably wouldn’t have been funny three weeks ago when it was still relevant.  And there weren’t any real knock out, “holy water cooler” sketches later in the show.  But there was a sense of excitement with Fey and Bieber in the house, and what may have lacking in humor was made up for with a bit of electricity.

Fey continued to prove her immeasurable talents, suggesting she was somewhat underused during her tenure as a cast member on SNL, as she began as a writer, before moving to “Weekend Update” and occasionally appearing in sketches.  With her excellent timing and ease with accents, one has to wonder if we were deprived of her sketch talents all those years.  But this is not about what could have been, it’s about what was.

And what was was Fey reprising her breakout, perhaps election swinging, Sarah Palin impression.  I’m not sure if Fey was really gung-ho about donning the Palin glasses and the affixing the American flag pin, but I think she understood she didn’t really have a choice.  Springsteen has to play “Born in the USA,” and Fey has to do Palin.  And, in this sketch introducing the slate of programming on the Sarah Palin Network, Fey shows she hasn’t forgotten how to play the hits.

The show did feel a little unorthodox, because with the Fey and Bieber taking center stage for most of the episode it felt like the rest of the cast took a real backseat (especially Kristen Wiig, who we’ve seen often gets a lighter load when the show features a strong female host).  But the show understood that it needed to exploit both Fey and Bieber, and they did both in this somewhat effective inappropriate teacher-student relationship sketch:

Bieber gets the job done in this sketch, but he’s clearly more comfortable singing, not quite the a double threat like his damsel in distress Taylor Swift. He still has some work to do before he can think about hosting and performing.

Unsurprisingly, my favorite moment came from Jason Sudeikis, this time in his “Weekend Update” visit as as Satan, the CEO of Hell, who has taken great umbrage with child molesting priests.  As usual, the Sudeikis takes the simple and makes it sublime.

Also, unsurprisingly, the sketches I most enjoyed came at the end of the show.  Keeping with the Sukeikis trend, we’ll start at the end with the final sketch of the night, “Lolene,” which featured Fey as a nine-inch lady of the night whose best days are behind her, and who dreams of visiting Paris.  Sudeikis and Kenan Thompson join her as bar patrons and possible auto industry workers who seem to think that her miniature stature is the least of her obstacles.  It’s a non-pop culture, non-talk-show, non-quirky character sketch, one that could have been done ten years ago and could be done ten years from now and I enjoyed it.

Prior to this sketch we had Nasim Pedrad as teenager at a high school dance who has way too much admiration and affection for her best friend and volunteer coat checker, her mom, played by Fey.  I’ve said this before, but Pedrad continues to impress, even as Kim Kardashian in the dreadful Ruff, Rugged and Roker sketch earlier in the show.  She can be sexy as she was there, dorky as she was in this sketch, or Barbara Walter as she was here.  And although this sketch was eccentric character driven, similar to those Kristen Wiig jams that I’ve come to despise, this persona isn’t so ridiculous, and I wouldn’t actually mind seeing a few more scenes with her.  There’s more to explore, instead of just running through the same motions.

Okay, going to wrap this up because Ryan Phillippe hosts in a few hours.  In short, Tina, you’re welcome back anytime.