Dear ‘The Office:’ You’re Making it Harder and Harder to Keep Defending You 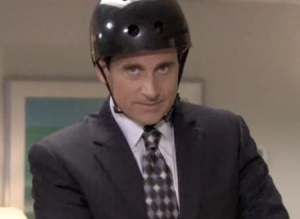 What the fuck was that?

Perhaps I would not have be so indignant if the episode had was a celebration of a milestone number of episodes. Or if it arrived in conjunction with another episode wholly comprised of wholly original content.

But for this excuse of an episode to arrive after a 5 week hiatus is rather insulting. I feel used, played, betrayed. And if they were going to start 2010 with a retrospective, why not do it last week when all the other Thursday night sitcoms returned with new episodes? Instead, The Office totally sat out the week, let 30 Rock turn in two new episodes, and still phoned it in this lackluster effort this week. So while 3/4 of NBC’s Thursday night lineup is already two weeks into their 2010, mostly firing on all cylinders, The Office hasn’t even really left the bench. What I posited about “Secret Santa” last week, that the writers were probably burned out and needed an extended rest seems even more accurate now. I can only hope that this extra week allows them to come back even stronger next time (and now they need to deliver even more than they needed to this week).

END_OF_DOCUMENT_TOKEN_TO_BE_REPLACED

Filed under Analysis, Dunder Mifflin, this is Pam, Growing Pains, Must See TV, Saved by the Bell