Earlier this month, after weeks of cook-offs and focus groups and pilot pitches, the finale of Food Network Star came down to two fledgling cheftestants. One was lucky to be there, having managed to survive the competition despite flashing questionable culinary skills and failing to demonstrate adequate food authority, presenting repetitive dishes that had more style than substance, lasting from week after week almost entirely due to their charming, fun, magnetic personality, despite a marked absence of ability, professionalism and on-camera talent. And the other finalist was pie-man Rodney Henry.

END_OF_DOCUMENT_TOKEN_TO_BE_REPLACED

Filed under Be careful what you wish for, Century 21 Reality, Tex Wasabi's, The Sixth Taste, What? Too fabulous? 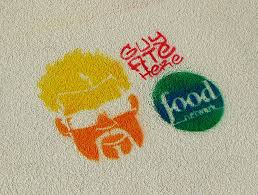 Last decade I wrote semi-extensively about Guy Fieri and his Food & Rock’n’Roll Road Show, an extreme food, drink and music extravaganza.  So imagine my excitement a couple months back when my brother called to tell me that he had tickets to that very show that very Thursday.  Oh the delight!  I’d finally get to see Guy Fieri live and “in concert.”  I mean, the guy had been stalking me, so it only seemed fitting that I should see him as he righteously rolled through Los Angeles.  So, then, imagine my disappointment when I found out my brother was actually calling to ask if I could babysit so he and his wife could attend the fiesta.  A dream deferred.

And that’s not all.  They even captured video of the party, some of which I managed to hijack.  So if you were curious about that 25 gallon margarita machine, or wondering how literal Fieri’s song choice would be, your prayers have been answered:

END_OF_DOCUMENT_TOKEN_TO_BE_REPLACED

It’s one thing to wear bright orange Crocs when competing in Kitchen Stadium.  It’s another thing to wear them to a film premiere.

And it’s a whole ‘nother thing to wear them to the White House.

At Jumped The Snark we’ve followed the Crocs trend among chefs, from the cheftestants on Top Chef to the granddaddy of Croc-clad cooks, Molto Mario Batali.  And while the footwear is indeed silly it seems that one could make a legitimate argument for the functionality of Crocs in the kitchen.  And Batali normally gets a pass because his orange Crocs have become his trademark, so much that they were even included on the feet of the rabbit character he voiced in Fantastic Mr. Fox.  However, for the latest Iron Chef special event “Super Chef Battle,” in which Batali, Iron Chef Bobby Flay and “Super Chef” Emeril Lagasse visit the White House, wethinks Chef Batali might have chosen a more formal shoe.  At least something with laces.  Do plastic slippers really belong on the White House lawn?

And hey, this is not to say there’s anything wrong with orange.  It can work.  Just look at the First Lady.  Classy, demure, hip; the woman has style.  Perhaps Batali can swap recipes for fashion tips.

But, to Batali’s credit, every time I seem him in Kitchen Stadium I’m consistently impressed by his uncanny cool and sense of whimsy, not to mention the ease in which he prepares and presents what I can only assume are mind-blowing dishes.  While “Super Chef” Lagasse was running around like mad, sweating into his three remoulades and nearly burning a turkey roulade, Batali appeared to be working in first gear, moving even slower than the honey from the White House beehive that he poured from an unnecessarily great height.  But despite his lack of urgency, he was working with a deft hand, and seemed to create food brilliance (might help that he has another full-fledged Food Network personality as his sous-chef).  So either he’s about the best chef going or at least one of the most eccentric.

But I can only imagine what kind of furor the orange Crocs would have elicited had the challenge taken place in Japan.  Those guys take their cooking very seriously.  Just ask Bobby Flay.