‘Survivor: Cagayan’ Look Back: A Case For Kass; Plus Look-Alikes!

First, an apology: I was derelict in my responsibilities during this last season of Survivor, posting only a single recap in spite of yet another strong entry into the series. I can offer neither excuses nor reparations, just the promise that I will try not to be so negligent again. Trust me, I missed the recaps more than you, so it’s something I really hope to get back to. I can’t promise that this won’t happen again. But I promise I’ll try.

Now that my mea culpa is out-of-the-way, let us go ahead and – despite the season ending weeks ago – discuss the Survivor: Cagayan finale, as I finally got to the last few episodes this week and it’s still fresh in my mind. Cagayan continued what has been a string terrific, engaging, surprising Survivor seasons, a red-hot streak that has been the show’s renaissance, proving the series to be just as entertaining and relevant in its 28th season as it was in its first. And this season featured, if not one of its best players, one of its boldest, not-cop cop Tony, the Sole Survivor and winner of the million. To use a phrase that I really don’t care for, Tony played balls-out from day one, making alliances, immediately breaking them, swearing on his dead father’s grave like it had the weight of a Facebook RVSP, digging up Immunity Idols, lying about Immunity Idols, creating paranoia, letting his own paranoia persuade him to blindside players in his alliance, building #SpyShacks, and totally vexing his fellow Survivors and, often, himself in the process. It wasn’t the cleanest Survivor game ever, quite the opposite, but it was effective. Tony played big, was never out of the spotlight, but always managed to hang onto control of the game, partly because of his “bag of tricks,” but partly because no one else wanted to sport his bullseye. But being so omnipresent, so visible, often seemed to take Tony out of the discussion for elimination. Like the purloined letter, he was hidden in plain sight, deftly (sometimes) keeping his alliance committed and loyal and keeping himself safe. In the end, especially in a final two against Woo(!), Tony deserved to win the million. However, while Tony did the most to earn the victory, I was surprised at the lack of respect for Kass’s game, who likewise played a bold, unpredictable, cutthroat and successful (but just not successful enough) game.

For some reason it became vogue towards the end of Cagayan to refer to Kass as a “goat” (or, perhaps, the “goat”). We infer that this means that Kass was just a part of the herd, a grazing animal being shepherded by the likes of Tony and Trish, as it has been fashionable in recent seasons to address the less physical and less dominant players as sheep or oxen being led to the slaughter (see: Jonathan Penner’s jury speech in Survivor: Philippines). However, that was not the case with Kass, she was no pawn, she was no loyal solider, she was not a goat. From early in the season, back when she was on the abominable Brain tribe, Kass showed that she was playing with her survival in mind, and wasn’t afraid to deviate from her alliance or flip-flop. She anointed herself Chaos Kass, which was kind of annoying but also kind of true. Coming from a position of weakness since almost day one Kass couldn’t quite play the long-game, she had to make big decisions nearly every Tribal Council in order to play another day. Early on she made the, somewhat baffling, decision to vote out Garrett instead of the utterly useless and self-described “mental patient” J’tia; even though the move probably weakened her tribe, it kept the women in control. And post-merge she flipped on her alliance in order to blindside Sarah, who got too cocky and too comfortable as the assumed swing-vote. Again, it was a questionable decision by Kass, but it showed once more the she was an active player, and she wasn’t going to wait for someone else to make a decision for her. Chaos Kass might not have always been successful, but she certainly wasn’t flying under the radar, she definitely wasn’t just one of the flock.

But while she wasn’t under the radar, Kass wisely aligned herself with Tony post-merge (for the most part, as she was prone to going off-book). This wasn’t an example of a player being carried by another, but an instance where a player allowed herself to be shielded by another. Kass ticked off the members of the jury and the people around camp, but for the most part it was Tony who was the center of attention, so if it was Kass’s strategy to make some big moves but let Tony hog the limelight, than I think it was a good one, and one that went unappreciated. Her decision to tell Woo that she and Tony made a deal to go to the end was not, as Tony deemed it, dumb, but very smart, sowing the necessary seeds of dissension in their alliance, allowing Kass to keep her options open (ultimately, the three still voted together) and expose another one of Tony’s lies, something that might be helpful down the line. Rather than sit back and ride Tony’s coattails, Kass made waves and got under his  skin. That’s not something a sheep normally does. She also knew, to her credit and our enjoyment, when to be quiet, how to wind up other players and then sit back while they spun round and round (see: Trish’s violent verbal attack). She was accused of pissing people off and then sitting there with a dumb smile on her face, saying nothing. And she was guilty of that, something I think she should get a gold star for.

I admit, this case might not hold much water had Kass been universally abysmal in challenges; it’s still difficult to win as a Brain without some kind of physical contribution, whether in challenges or around camp. But Kass was not universally abysmal, she was only mostly abysmal, achieving a miracle comeback victory in the final four Immunity Challenge, stunning Spencer and ensuring that her husband did not travel halfway around the world for no reason. In addition, Kass was generally outstanding in puzzles, especially in team challenges (indeed, the schoolchildren of Cagayan never would have witnessed the majesty of Woo’s backflip had Kass not rescued a totally clueless Spencer during the puzzle portion of that day’s Reward Challenge). She was the opposite of a physical force, but she proved to be adept at puzzles (which seem to make up half the challenges these days) and, most importantly, she pulled out a huge victory at a critical juncture. On top of her voting history (many of which were key in blindsides) she could point to that moment and say, yeah, when it mattered I won.

Now, this is not at all to say that Kass deserved to win. Not at all. Or that she played a great game. But it’s worth noting that she played an aggressive, often wild, often reckless, often effective game, not unlike the eventual winner. Even though the jury members confessed at the reunion show that if it came down to Woo versus Kass they would have handed the million to Woo in a landslide, I’m still curious about how a Woo-Kass final Tribal Council would have unfolded, how Kass would have defended her game and attempted to undermine Woo’s. I don’t think she would have swayed many minds, but she certainly would have been able to articulate her strategy and reasoning better than Woo, and she can identify more moments in the game where she made big moves and critical decisions, and, probably, present a convincing case for herself. Of course, it would have fallen on deaf ears, because bitter jury members will always vote against the person they believe doesn’t deserve to be there, that they view as an inferior player to themselves. Likewise, had Tony bought Spencer’s argument and voted off Woo at the final four, and then gone to the end with Kass, it still would have been a bloodbath, even though Kass wasn’t really a sheep being led to the slaughter. She led herself to the slaughter. But players on the jury usually don’t recognize that, and in that moment they prefer to vote for the person who played the biggest, most aggressive game, even if that person stabbed them in the back, even if that person stabbed everyone in the back, rather than vote for someone whom they view as unworthy, as lucky, as someone they should have beat. Yes, Kass would have had no shot against Tony, but it sure would have been fun to see the two of them go head-to-head, to enjoy the verbal fireworks that would have been set off. Kass likely would have made it miserable for Tony, forcing him to defend his moves in a way that he didn’t have to against Woo, pushing him to reveal his more petulant, impetuous side. In the end, with his animal growls, it might have been Tony who seemed more like the goat.

I guess it’s possible that they repeatedly referred to Kass as a goat not because of her gameplay, but for her particularly caprine features, but that’s really a subjective call.  Goaty is in the eye beholder.

Which brings us to our final A-B-C of Survivor: Cagayan. What else could it be but:

She only knows one way to play, and, for her, it worked.

And finally, as a thank you, I’ve prepared a belated set of Survivor: Cagayan Look-Alikes*, covering the members of the jury and the final two, plus one bonus look-alike. Please enjoy, and I look forward to bringing you many more of these in the future. 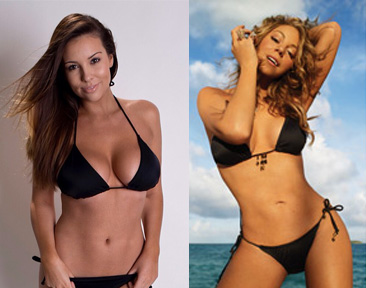 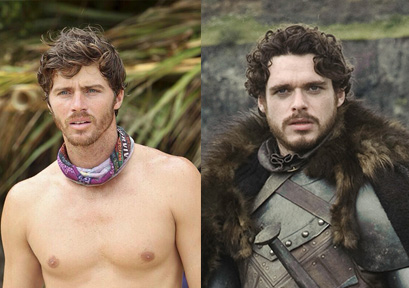 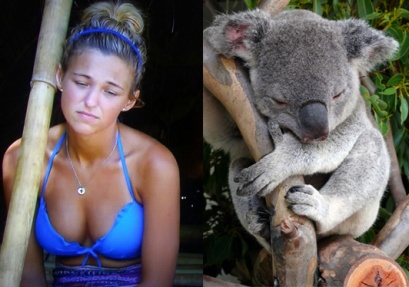 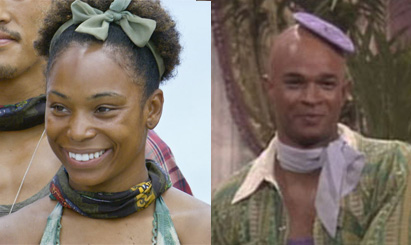 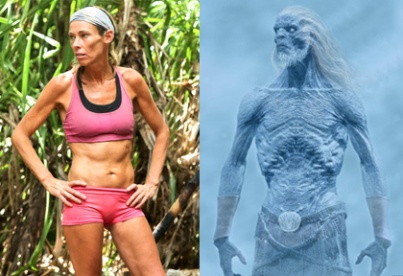 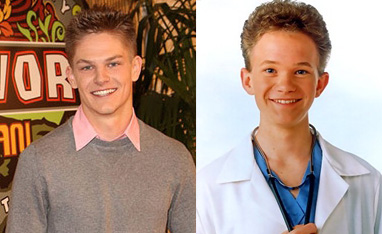 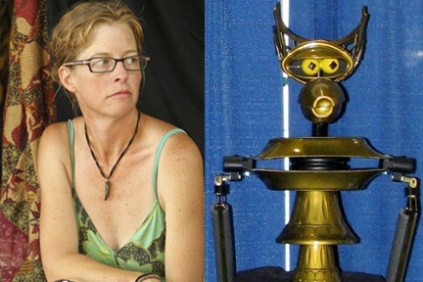 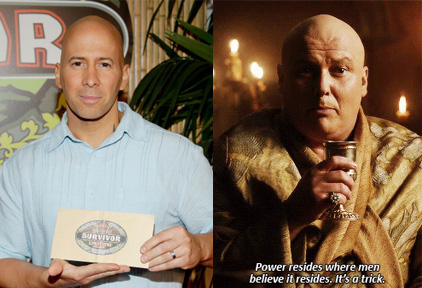 *Yes, I’m aware that there are three Game of Thrones doppelgängers on here, but I didn’t realize it until after the fact. Rather trying to find replacements, perhaps, if I find the time, I’ll put together a complete GoT-Survivor set.