‘Survivor: Caramoan’ – It’s All About… 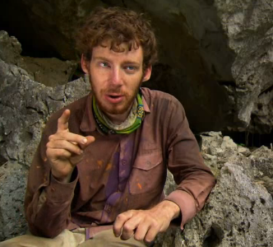 In any season of Survivor capitalizing on the moment to strike is of paramount importance, and this has been especially relevant on Survivor: Caramoan – Fans vs. Favorites 2 Legit 2 Quit. Ages from now, when Survivor is long gone and young scholars pore over old texts written about a forgotten television program hosted by former President of Earth Jeff Probst, they will read the story of Caramoan, and it will be the story of Stealth ‘R’ Us, and of those who tried to fight back against the ruling alliance. For that has been the theme of the season, not so much if, but when, a group of insurgents will break apart the dominating force. As a result of poor timing, Corinne failed in her attempt at a coup, and, likewise, Malcolm overplayed his hand and tried to strike too quickly. He was successful in deposing Former Federal Agent Fillip, but, perhaps, FFAF wasn’t the head of the snake after all. He was the outspoken face of Stealth ‘R’ Us, but, in the end, he might have just been a figurehead, the Mandarin, a red herring dangled out as bait. And with Fillip gone, and the corporation starting to fray, it’s only a matter of time before someone makes a move. Could be someone outside the controlling alliance, or could be someone from within. It doesn’t really matter who it is. What matters is when.

But even though there’s a storm coming, and they’re now down to just two amigos, Reynold and Eddie are in good spirits. They won’t let the loss of Malcolm stop them from a good fist bump.