Was That Special? Dana Carvey Returns to ‘SNL’ And Our Childhood Officially Ends 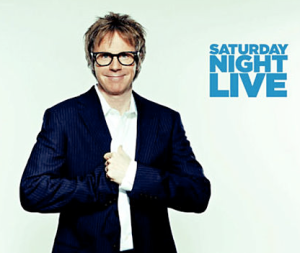 We’re going to warn you right off the bat that this is probably going to be the most subjective SNL recap we’ve yet written.  So if you like your SNL analysis free of emotional attachment, well, then you should look somewhere else (we’re sure the web might offer one, maybe two, other options), because, unfortunately, as we watched this last SNL, hosted by legendary cast member Dana Carvey, our reaction was intrinsically bound up in how we’ve watched this show since childhood, and how the this particular episode made us reexamine and reassess our feelings about the show, Dana Carvey and his SNL era.  So, at the extreme risk of being self-indulgent, here we go.

END_OF_DOCUMENT_TOKEN_TO_BE_REPLACED

Filed under Analysis, Be careful what you wish for, Crucial Taunt, Flashback!, Nostalgia Corner, Reeeeeege, Saturday Night Live, The Bieb

Back in May we had every intention of compiling a “best of” list for SNL‘s 35th season.  However, for one reason, or another, that never happened.  So, instead of just abandoning this intention altogether we decided to put together a list for the 2010 calendar year, and then come spring we’ll post revised rankings that only pertain to the 2010-2011 campaign.  Sound good?  Great.  And hopefully this will hold you over until Jim Carrey graces Studio 8H on Saturday night.

1. Jeff Bridges/Cookie Monster Monologue: Obviously we’re completely biased towards this piece, but nothing from the previous 12 months provided us with nearly as much glee.  It gave us much the same feeling we imagine Cookie Monster experiences when he devours a particularly delicious cookie.

END_OF_DOCUMENT_TOKEN_TO_BE_REPLACED

The Greatest Muppet Movie Ever Made casting news just doesn’t seem to stop.  Last week were ecstatic to report that Paul Rudd is on board (along with Jon Krasinksi, Ed Helms and Jack Black among others), now comes word that Billy Crystal, Jean-Claude Van Damme and Alan Arkin have agreed to cameo (although, if we had our choice of Alans we’d prefer Alan Alda.  Actually, our first pick would be Bill Hader as Alan Alda.  But with Hader’s Apatow/Segel ties – roles in Knocked Up, Superbad, Pineapple Express and Forgetting Sarah Marshall – it’s probably only a matter of time before he’s on board).

Before all is said and done, Will Ferrell, Seth Rogen, Kristen Wiig, Michael Cera, Jack McBrayer, Tony Danza, Chi McBride, Michael J. Fox, Johnny Knoxville, Scott Wolf, Tom Hanks, Tina Yothers, Alan Thicke Jason Bateman, Bobby DeNiro and a host of others might pop up in the film.  But, Grodin, that would be the big get, and he’d really bring this thing full circle.

Halloween ‘SNL’ & Jon Hamm: Tricks, Treats and the Return of the Old Guard 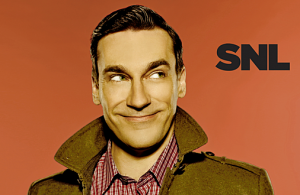 Last week we hypothesized that the Halloween episode of SNL hosted by Jon Hamm would either be the best of the season or the laziest.  Hamm, making his third hosting appearance, has already proven to be a go-to, top-notch host, one that brings out the best in the cast and crew.  But, on the other hand, what often happens when the show is blessed with a skilled host is that they relax, relying too much on the host’s charm and natural comedic talents (see: Galifiankis, Zach).  However, what we were treated to this week was something in between, and something, in hindsight, typical of a third hosting go ’round.  During a debut performance the material can often be safe, figuring out if the host has what it takes, a bit of a feeling out process.   If that host succeeds, then when he or she comes back for a second stint the crew is energized, knowing that they have someone who will deliver.  You could see that confidence, motivation and excitement in Hamm’s second hosting job last winter.  But when a host comes back for the three-peat, the crew is now so comfortable and at ease that they’re willing to taking more chances, throwing more caution to the wind.  So what you receive is not mainstream yuks and recurring sketches, or weary, unmotivated punchlines and recurring sketches, but a sense of adventure laced with apathy for the viewer.  This is what happens when you have a host who no longer needs to prove himself, who has tenure, which is why so many of Alec Baldwin’s shows are peppered with offbeat sketches, some that delight (like last season’s bizarre “Timecrowave“) and some that crash and burn (like “Arizona Evenings” from the same episode).  Judging from this past weekend’s show, it seems that Hamm is now in that class.