END_OF_DOCUMENT_TOKEN_TO_BE_REPLACED

What Every ‘SNL’ Fan Should Have In Their Library 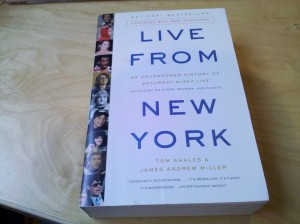 Thank you, The Strand.  Now I don’t need to borrow it from the library for the third time.