Jude Law is One of Our Finest Actors, and a Look Back on the Last Three Weeks in ‘SNL’

Jude Law maybe one our finest actors.  But that doesn’t mean he’s funny. 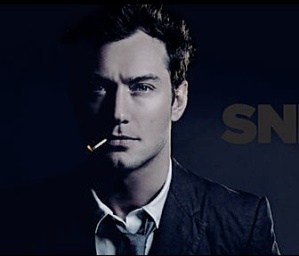 However, I won’t pin this past weekend’s thoroughly average installment on Law.  He made Sean Penn good on his word, and proved to be an extremely talented thespian, seamlessly transitioning from Shakespearean actor to Russian ballet dancer to Spanish serial killer to Jude Law to American lawyer.  If the reminders that Law recently appeared on Broadway as Hamlet weren’t evidence enough, the way Law breezily donned new accents showed that he’s indeed meant for the stage.  However, acting talent alone doesn’t result a funny show, and outside of a couple bright spots, this one sorta just sat there without much life.